Developing The “IT” Factor 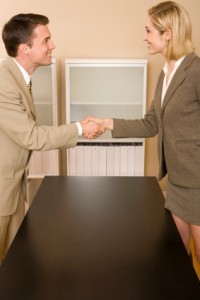 The University of Salamanca teaches Protocol and Corporate Image as part of their curriculum. The rationale is simple – give the students the academics but arm them with the social graces, the interviewing skills, the confidence that they need for the real world, the corporate world. By doing so, the EtiquetteQueen says you build great leaders.

The University is regarded by some as one of the four greatest universities in the world, alongside Oxford, Paris, and Bologna. It was founded by royalty, King Alfonso IX and is the oldest university in Spain. Do they know something that we don’t?

Often, I’ve said that merely stuffing our students’ brains with academics is simply not enough. Etiquette and Life Skills belong in mainstream education. Their lessons enhance academics. The combination is powerful!

Visualize this – a boy has a high GPA in math and science. We know that he’s headed for an impressive engineering school, but he has no social or presentation skills. He can’t give a speech or command attention to save his life! He sits in the corner at parties because the thought of walking up to someone and saying hello is paralyzing to him. A young lady is valedictorian but is known for having a potty mouth, gossips all the time, and has never learned a proper handshake. She can’t put two sentences together without using the word “like” as a filler over and over.

These students, in the real world, have less of a chance of being taken seriously and being viewed as strong leaders. They will often be overlooked for project manager positions, promotions and will find that the road to the Boardroom is tough.

The way we enter a room, the way we speak, our eye contact, our handshake all become part of our signature. An individual needs a signature. No, we don’t want robots who all look alike or speak the same way – that’s where individual personalities take over and make each of us so unique – but rather we’re discussing an individual who projects a favorable, confident image. He’s the one that everyone wants to be around. He’s the one that others turn to in crisis because there’s a trust there. She’s the gal who has an invisible magnet on her forehead that instantly causes others to hover around her and solicit her advice. The undertones of that type of personality are huge! It’s called the “it” factor. No one knows how or why someone has “it” but they know that “it’s” there.

Casting directors, be it for a television commercial or movie role, tell me that they knew “it” the minute “it” walked into the room, sometimes well before the audition began. And yes, the “it” factor can be developed. It comes to some naturally but with proper coaching and small adjustments here and there, it can absolutely be developed.

There’s the argument that manners and introductions and handshakes and how to host a party and email etiquette should all be addressed at home. Well, they aren’t! Plain and simple, they aren’t – much in the way that geometry isn’t taught in the home. The alternative? Make Etiquette and Life Skills a part of the education system beginning at an early age continuing through college.Image and Presentation are powerful and can lead to great things in life.